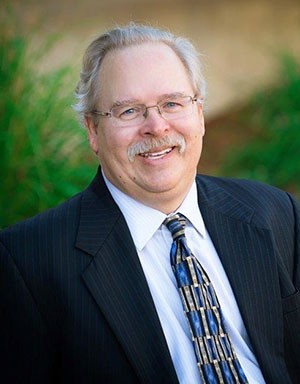 Richard Barkley was born in 1953.  He grew up in Colorado in the 1960s and 1970s, and developed a keen interest in the politics of equality and fairness that were at the forefront of those times. After working on various political campaigns in the 1970s and 1980s, Richard entered the University of Colorado School of Law in 1984, graduating first in his class three years later. After a one-year clerkship on the United States Court of Appeals for the Tenth Circuit (for the Honorable William J. Holloway, Jr.), Richard has been employed as an attorney in the private sector for twenty-nine years, working for several well-known law firms including Arnold & Porter and Brownstein Hyatt Farber Schreck (“Brownstein”).

When Richard joined Brownstein in 1997 (where he became a partner in 2001), Richard developed a practice that specialized in appellate law and trial court motions practice. In addition, Richard worked extensively on cases in the fields of employment law and complex civil litigation.

During his career, Richard has been recognized as one of the top lawyers in his field.  He has been designated a Super Lawyer by the Magazine 5280 on multiple occasions; he has received (and still holds) Martindale-Hubbell’s highest possible rating – AV Preeminent – in both legal ability and ethical standards; he has been designated as one of Denver’s Top AV-Rated Lawyers by Martindale-Hubbell.

While at Brownstein, the clients for whom Richard worked were generally large corporations and other business entities.  Despite this, Richard’s belief in, and commitment to, legal and social equality and fairness never waned. In the spring of 2013, Richard made the decision to set up his own practice for the purpose of helping individuals and small businesses with meritorious grievances against employers, institutions, and others who preyed on the defenseless. His decision to join forces with Jeanine Anderson – who also has a strong background in helping individuals and consumers who have been victimized by unscrupulous predators – was a further step toward creating a law firm that has, as its principal purpose, helping others.